In practice, the knowledge of the fatigue properties, in addition to the static material properties, is crucial for a reliable component design.  Many components are not only statically loaded, but also dynamically loaded in the area of application, such as a fastener on an airplane. In addition to the actual load carried during turbulence or takeoffs and landings, this component is subjected to a certain oscillation, which leads to peak loads. By determining SN - curves, reliable statements about the relationship between the number of load cycles and the discontinued load can be determined, so that the risk of an unexpected failure of the components is drastically minimized. If plastic components are permanently loaded, e.g., such as it may be in the case of a fastener, a creep of the material also occurs. Creep designates the plastic deformation under a sustained load. This can eventually lead to the failure of the component.

In this project, dynamic strength values in the form of SN - curves are initially determined for Laser Sintering (LS), components made out of the material Polyamid 12 (Type PA 2200), as well as Fused Deposition Modeling (FDM), components made from the materials Ultem 1010 and Ultem 9085. The dynamic testing of plastics is connected to some specific features, due to the plastic-specific material behavior. For metallic materials, higher test speeds of 100 Hz, for example, are used to achieve a high number of load cycles in a short time on the test bench. Due to internal friction of the molecules, plastics have the ability to reach the softening temperature because of the simultaneous poor thermal conduction properties and low temperature resistance at high test at high test frequencies. This leads to an early failure of the test specimens. Thus, dynamic testing of plastic components with significantly reduced testing frequency, in comparison to metallic materials, should be carried out, resulting in a significant increase of the test duration.

In addition to the dynamic characteristics, the FDM materials are also analyzed on the basis of long-term creep tests, in which the failure time is determined for different load levels.

The use of components as the final product generally places a great demand on the appearance. For this purpose, previous projects at the DMRC have analyzed chemical possibilities for surface treatments for the materials listed above. Chemical methods have the advantage of an effective leveling of the most rough and wavy surfaces from additively manufactured products. Another focus of this project is to analyze the influence of the chemicals on the dynamic strength values and creep properties. 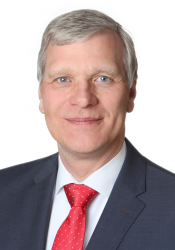 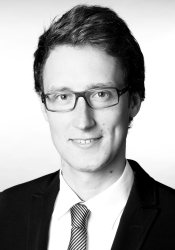