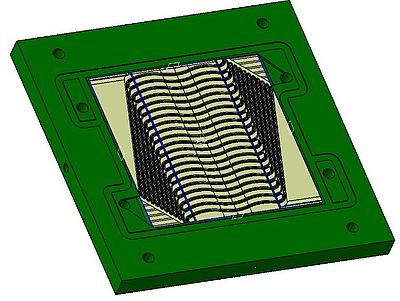 This project is funded by the DBU – “Deutsche Bundesstiftung Umwelt” and runs in cooperation with Eisenhuth and the associated Volkswagen AG as an end user. The research question in this project is, if the FDM process is suitable for the production of tool inserts (negative molds), which enables the production of finely textured metallic bipolar plates (BPP). Therefore different flow field designs are manufactured and tested at the DMRC

BPP as PEM fuel cells and electrolysers are used in electrochemical energy converters. At the beginning of the project, Eisenhuth developed new designs of BPP and of the negative forms. Here, particular attention is paid to the interpretation of this finely structured hydrogen plenum (flow field). The requirements of the subsequent manufacturing steps take sufficient consideration. At the same time, studies are carried out at the DMRC to identify a suitable thermoplastic material. In the following steps extensive testing starts at the best possible machine and process settings for the FDM printing methods. A big focus is on tolerances and part quality. Once the initial negative mold on DMRC has arisen, this is incorporated into the built of the tool master form from Eisenhuth. Then Eisenhuth starts the production of metallic BPP using an embossing process. The experience won from that step can be used later in the project to optimize the negative molds produced at the DMRC. In addition, the produced metallic BPPs are examined in terms of their mechanical properties at the DMRC and their characteristics will be compared with other available (metallic) BPP at the market. The measurements with respect to the electrical and thermal conductivities will be realized by Eisenhuth. The project will be completed with the construction and commissioning of a test object and recording a current-voltage characteristic. At the end, all that is followed by passing this BPP at VW, where the suitability of these BPP is examined in fuel cells.

Engineering design for a rogue Flowfield 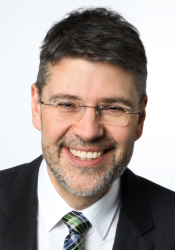